This afternoon I joined Marine Conservation students and lecturers from Cornwall College Newquay for a Shoresearch at Newquay's Fistral beach! For a change we were greeted with calm seas, light winds and sunshine. The students were using baited go pro cameras to attempt to film giant gobies in the pools! The habitat there certainly looks good and we all saw large fish darting for cover as we walked past pools. I'm looking forward to hearing if any were caught on camera!
Whilst the students deployed their cameras I had a scout around looking for stalked jellies and YES finally I have found some! This is really significant for Newquay as as far as I know this rare species has not been recorded before here.  As always its just when you feel like giving up and going home that you find one - they are tiny 2 cm maximum height and approx 1 cm wide, and they live on marine seaweed. A few minutes later I saw another one, this one much smaller. Both are Haliclistus octoradiatus - a Biodiversity action plan species, because of its rarity that is only found in very specific habitats!  It will be fantastic to get more records for these rare species within the Newquay rMCZ!


both were found living in bushy Cystociera seaweed  (looks very similar to Sargassum but more bushy and paler in colour).


It was great to visit a patch of shore that is so often battered by huge surf but is so rich in life! In a cave a few metres from the pool with the stalked jellies we found a really surprising find - a large colony of bright orange solitary corals living in a pool sheltered from the surf by a cave that faces back toward s the shore!
This is a really rare find and although not a protected species there are only a handful of sited in the UK where you can see this species - the Scarlet and Gold Cup coral Ballanophyllia regia 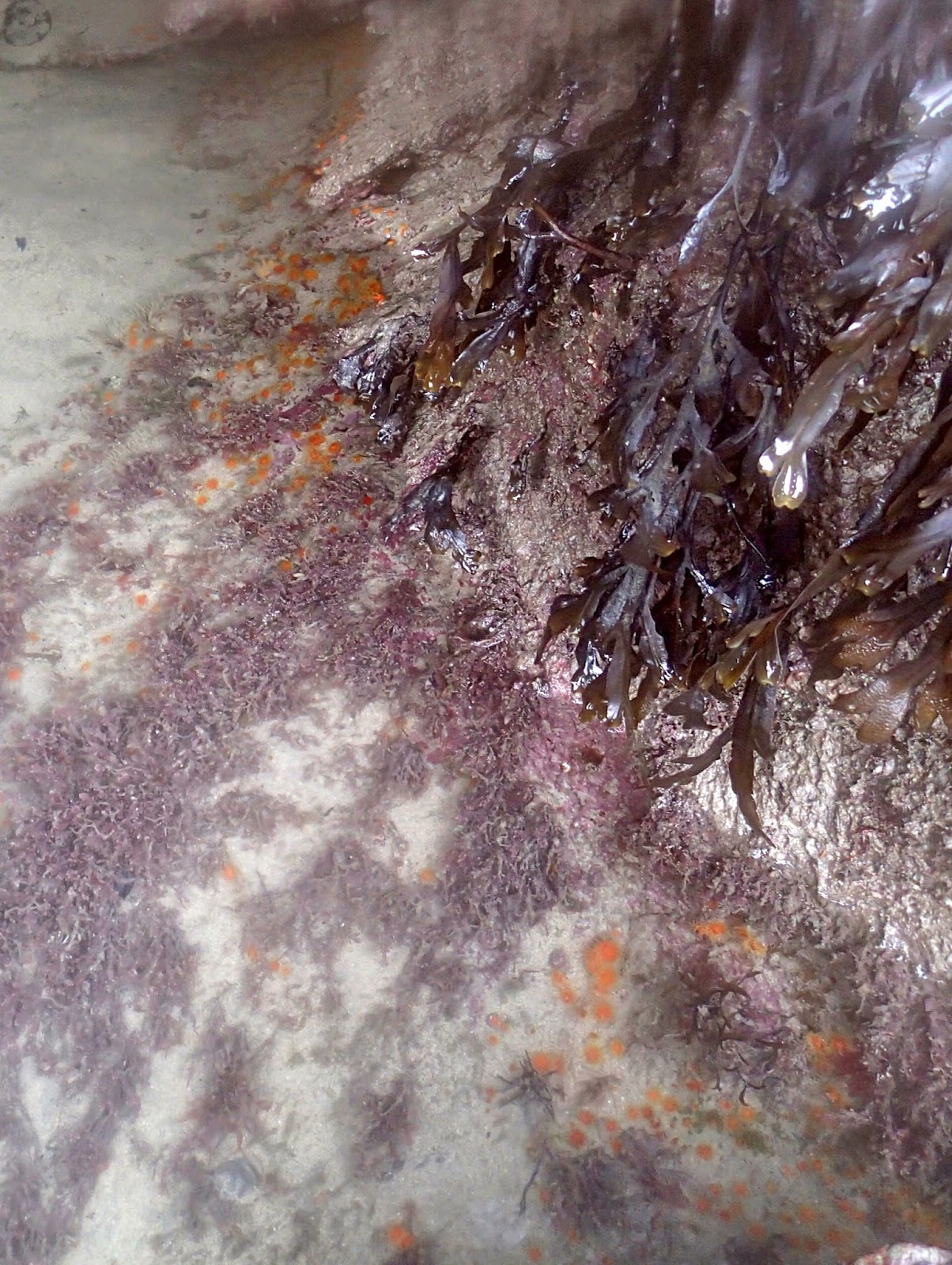 Shoresearch is a Project of Cornwall Wildlife Trust

Shoresearch is a citizen science project run by Cornwall Wildlife Trust that aims to improve our understanding of marine life within and around Cornwall’s Marine Protected Areas. Volunteers are provided training on shore identification and are encouraged to take part in organised events and to run their own surveys. It surprising how species rich and diverse our shores are. In this blog we will keep you up to date with news on fascinating finds, interesting animals and superb seaweeds .

Matt Slater
Hi I’m Matt; I work at Cornwall Wildlife Trust as Marine Awareness Officer. I have been fascinated with marine life since I was a nipper. I grew up in Cornwall and have worked as a fisherman, as an aquarium curator and now work in marine conservation. Part of my work at Cornwall Wildlife Trust is to lead a team of shore surveying volunteers. It is amazing what we find each time we go to the shore! I am passionate about Cornwall and I am proud to be working alongside so many dedicated volunteers around the County to raise the profile of Cornwall's incredible marine life.